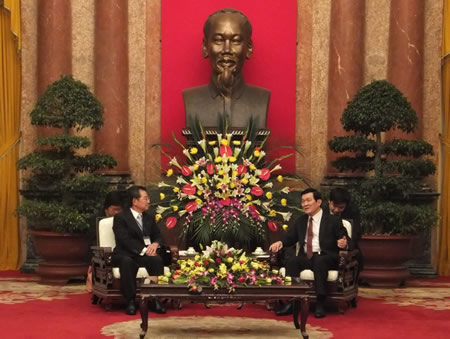 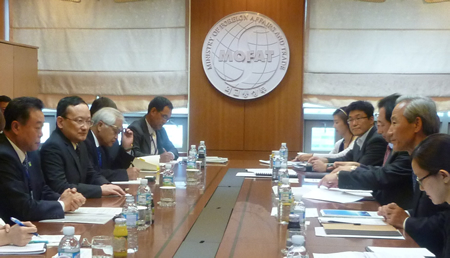 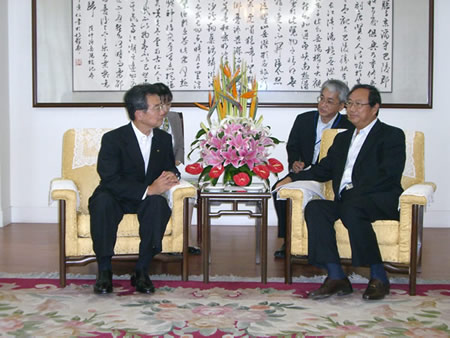 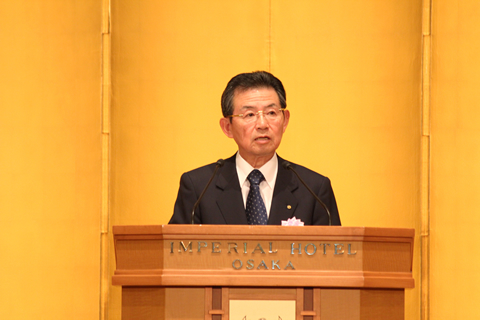 The West Japan Economic Council (Nishikeikyo) has organized a "Nishikeikyo Team" for recovery assistance to the Great East Japan Earthquake.

The Team will extend utmost support and cooperation not only toward immediate reconstruction of the afflicted areas of Tohoku and Kanto districts but also toward full-scale recovery of the eastern Japan.

For the present, as the collective will of Nishikeikyo, the Team will submit policy proposals to the relevant authorities on the measures that those of us in western Japan support Japan's economic activities, and work strongly to encourage the realization of these issues.  Moreover, the Team will take effective actions for the recovery of the afflicted areas.

2011/04/25 On April 11, Kankeiren has established a "Special Committee on Emergency Disaster Response and Support for the Great East Japan Earthquake", headed by Mr. Kenichi Ando, Deputy President of Sumitomo Mitsui Banking Corporation.  The Committee will work to conduct research studies and submit policy proposals to the relevant authorities as a collective will of the Kansai Business community, to contribute for the recovery assistance to those afflicted in the Great East Japan Earthquake.

Ten days have passed since the Tohoku-Pacific Ocean Earthquake. Numerous people are still missing in stricken areas, and in some locations there are not enough relief goods to go around. Once again, I would like to offer my heartfelt sympathies to everyone afflicted by the disaster and extend my assurances that Kansai will make our utmost efforts.

Daily news drives home the enormity of the damage suffered by the Tohoku and Kanto districts. Long-term disruptions to economic activities are feared not just in areas directly hit by the disaster but also throughout all of eastern Japan. Such a scenario could have repercussions far beyond Japan too, affecting countries in Asia and elsewhere around the world. As never before, those of us in Kansai must take the initiative and act boldly, with the determination to contribute to Japan's recovery and sustainable growth in this time of national crisis.

To get through this difficult time together, Kankeiren has asked our members to commit more efforts than ever into economic activities, to join in assisting eastern Japan, and thereby support Japan as a whole.

We would like to extend our heartfelt condolences to all victims and those afflicted in the earthquake and tsunami disaster, which hit the Tohoku district of Japan on March 11, 2011.

This unprecedented disaster was a catastrophe not only to the directly afflicted areas, but to Japan as a whole.  The entire nation must therefore support the stricken areas.  We strongly believe that this hardship must be overcome through mutual cooperation in the nationwide scale.

Kankeiren, together with Kansai's local governments and related organizations, will combine our forces with utmost effort to support the disaster relief.

Kankeiren will respond to the emergency assistance for 2011 Tohoku - Pacific Ocean Earthquake as follows:

1. Kankeiren has asked our members for their cooperation in disaster relief, including donation to Japan Platform (JPF).  JPF is an international emergency humanitarian aid organization which offers effective and prompt emergency aid, focusing on the issues of natural disaster.

2. Kankeiren has organized a "Special Team" for emergency disaster response and support for the Great East Japan Earthquake in our secretariat (headed by Mr. Shinya Okuda, Senior Managing Director) on March 14.  Kankeiren will take measures to contribute to the early reconstruction and recovery of the afflicted areas, in close cooperation with organizations such as the Tohoku Economic Federation and the Union of Kansai Governments. 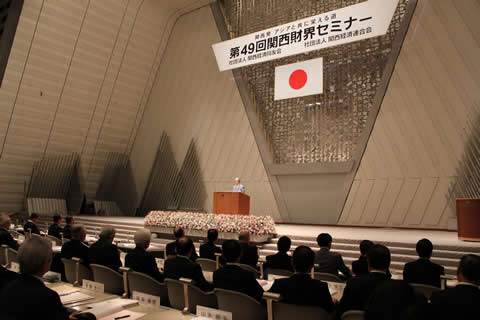