World Expo 2025― Participation in the General Assembly of BIE 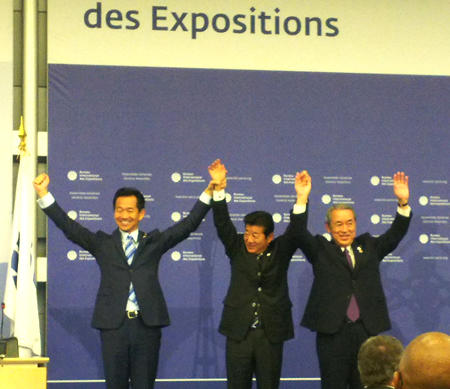 Japan emphasized that holding the World Expo in Japan would contribute to the achievement of Sustainable Development Goals (SDGs) adopted by the United Nations, by presenting several activities such as of Poly-Glu Social Business CO., LTD, a company introducing advanced technology for improving water quality in developing countries. Under the theme of "Designing Future Society for Our Lives", proposed location of Expo 2025 OSAKA-KANSAI/JAPAN is Yumeshima Island, an artificial island in Osaka Bay.

The host country of 2025 World Expo will be chosen at the General Assembly in November 2018. 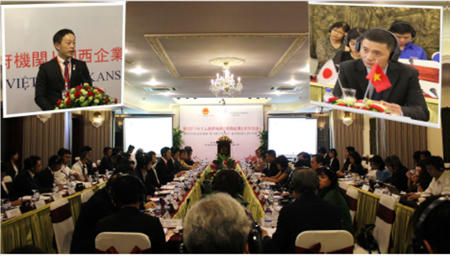 Kankeiren held "the Second Business Dialogue between Vietnamese government agencies and Kansai-based companies" cooperating with Foreign Investment Agency (FIA), Ministry of Planning and Investment (MPI) in Ho Chi Minh on September 21, 2017. The business dialogue focused on "investment policies by the Vietnamese government and business opportunities for Kansai-based companies operating in Vietnam," and "enhanced cooperation in the environmental field." These two themes were also taken up at the First Vietnam-Kansai Business Dialogue.


Visit to Astana, Republic of Kazakhstan 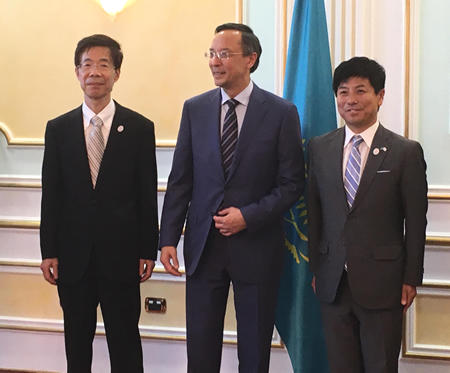 They had a meeting with H.E. Mr. Kairat Abdrakhmanov, Minister for Foreign Affairs of the Republic of Kazakhstan. They also visited various pavilions and appealed the attractive point of Osaka-Kansai to invite the World Exposition in 2025 to government representatives from all over the world.


Promotional visit to Astana, Republic of Kazakhstan to invite 2025 World Exposition in Osaka-Kansai 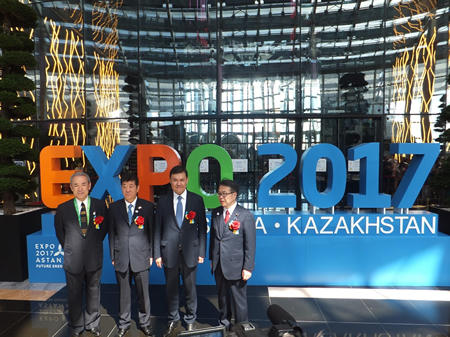 Mr. Masayoshi Matsumoto, Chairman of Kankeiren, as a representative of 2025 Japan World Expo Committee, together with Mr. Hiroshige Seko, Minister of Economy, Trade and Industry, and Mr. Ichiro Matsui, Governer of Osaka Prefecture visited Astana, Kazakhstan from July 21 to 22, 2017.

They had a meeting with H.E. Bakhytzhan Sagintayev, Prime Minister of Kazakhstan, and visited several pavilions at the field. They appealed how Osaka, Kansai is attractive to hold World Exposition under the themed "Designing Future Society for our Lives". 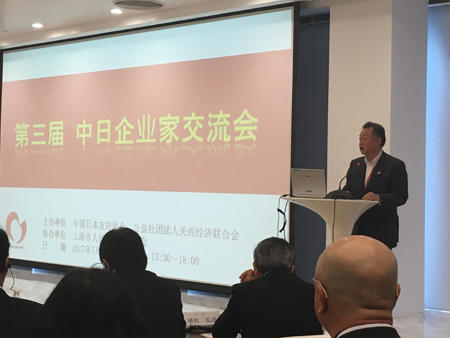 Kankeiren dispatched a delegation to China from July 11 to 14, 2017. The delegation of twenty persons was headed by Mr. Masayuki Matsushita, Vice Chairman, and visited the government authorities and organizations promoting mutual exchange.

During this visit, Kankeiren and China-Japan Friendship Association held "The 3rd Japan-China Assembly for Business persons". About 90 business persons from both countries joined this meeting and exchanged their opinions on two topics: "Health and Beauty Industries" and "Businesses to attract people and promote inbound tourism". 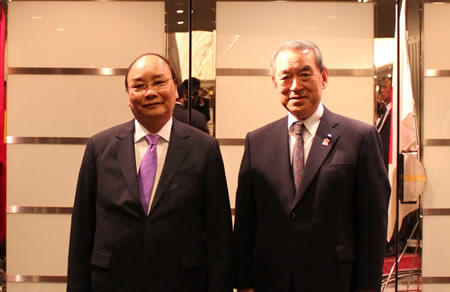 Kankeiren, Consulate General of Vietnam in Osaka and Ministry of Planning and Investment of Vietnam jointly held the dialogue between H.E. Mr. Nguyen Xuan Phuc, Prime Minister of the Socialist Republic of Viet Nam and Kansai business leaders on June 7, 2017.

Kansai business leaders requested Mr. Phuc to enhance transportation infrastructure and to ease the import regulation of used equipment. Mr. Phuc mentioned a vision of newly developing an industrial parks in which Kansai businesses can get benefit. 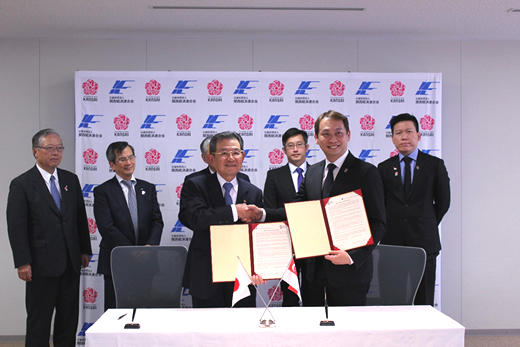 Kankeiren had a meeting with Singapore Learning Mission to Japan led by Mr. Teo Ser Luck, Singapore Minister of State for Manpower on April 19, 2017.

The mission was accompanied by the members of Singapore Manufacturing Association (SMF).

Mr. Dougras Foo, Chairman of SMF and Mr. Shosuke Mori, Chairman of Kankeiren signed the continuance of MOU. Kankeiren and SMF have continued a cooperative relationship since they signed the Agreement of Coooperation for the first time in 1995. 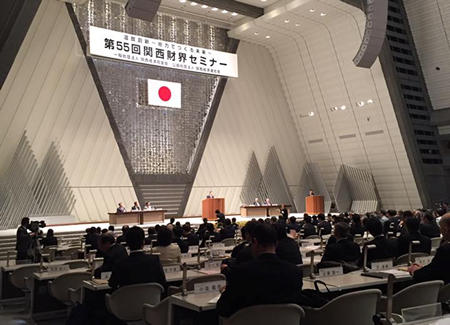 
In this forum, business leaders in the Kansai region join together to exchange their candid views and opinions to explore the ideal vision of Japan and the region as well as the basic principles of corporate management. The theme of this year was " Learnig from the Past and Creating the future: Seize Tomorrow with All-out Efforts".