Kankeiren Business Delegation to Belgium, Germany and the U.K. 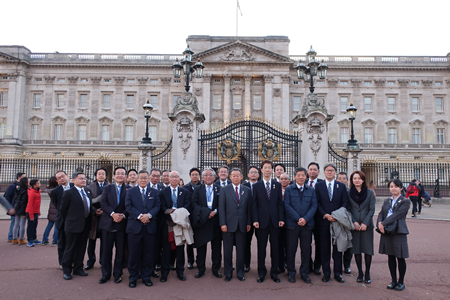 Kankeiren dispatched a delegation to Belgium, Germany and the U.K. from November 11 to 16, 2018. The delegation of twenty-seven persons was headed by Mr. Masayuki Matsushita, Vice Chairman.
The main purpose of the delegation is learning about and exchange views on the schedule of Brexit negotiation with both of the U.K. and the EU, and conducting a survey on the impact of Brexit to supply chain such as single passport, duties and licensing.
So the delegation visited the government authorities, both the EU and the U.K., Japanese chamber of commerce, a think tank and so on, and had a lively exchange of views about Brexit. 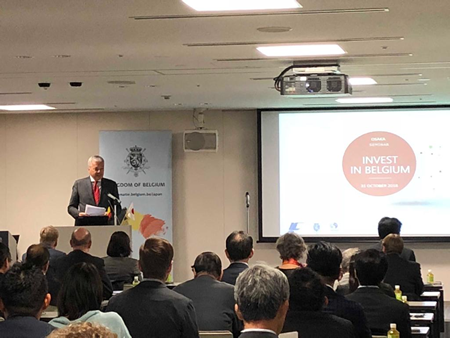 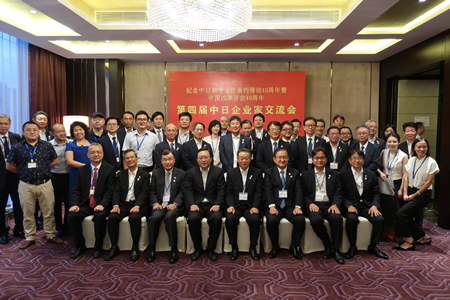 Kankeiren dispatched a delegation to Shenzhen and Zhuhai, China from July 17 to 20, 2018. The delegation of twenty eight persons was headed by Mr. Masayuki Matsushita, Vice Chairman of Kankeiren, and visited the government authorities and organizations promoting mutual exchange.
During this visit, Kankeiren and China-Japan Friendship Association held "The 4th Japan-China Assembly for Business persons" in Shenzhen. About 120 business persons from both countries joined this meeting and exchanged their opinions on a topics: "Innovation".

Meeting with Mr. Mark Field MP, Minister of State for Asia and the Pacific foreign office and MP for the Cities of London and Westminste, the United Kingdom. 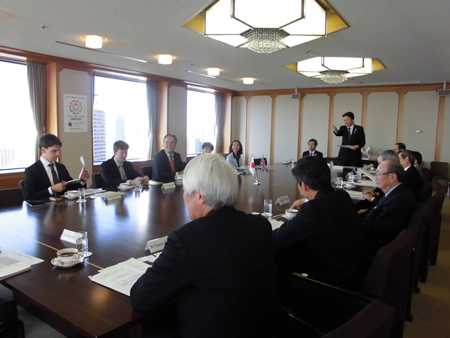 Kankeiren had a meeting with Mr. Mark Field MP, Minister of State for Asia and the Pacific foreign office and MP for the Cities of London and Westminste, the United Kingdom on 13th April, 2018.
Mr. Matsumoto, Chairman of Kankeiren, Mr. Otsubo, Vice chairman of Kankeiren, and Mr. Uematsu & Mr. Fukano, Vice chairman of international committee, participated in the meeting.
Mr. Mark Field MP had presentation about the economy and Investment situation in the U.K., and exchange views with Kankeiren's member about the U.K. and Kansai economic relationship. 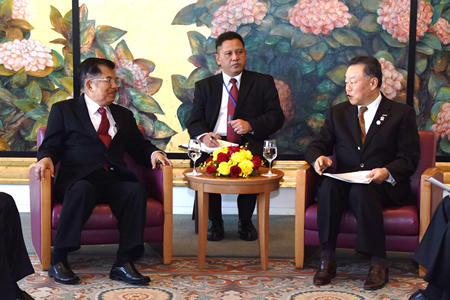 On February 20, Mr. Matsushita, the Vice Chairman of Kansai Economic Federation (KANKEIREN) had a formal talks with H.E. Mr. Kalla, the Vice President of Republic of Indonesia at Imperial Hotel Osaka.

H.E. Mr. Kalla expressed his appreciation for KANKEIREN's long-term support of human resource development of the Indonesian young managers and cooperation for the Indonesian economy and industries. He promotes the investments from Kansai not only in Java but also other areas in Indonesia, where has well-endowed with labor and natural resources.

In responding to Mr. Kalla's gratitude for the support by KANKEIREN, Mr. Matsushita promised that KANKEIREN will continue the support to Indonesian industries. He requested infrastructure developments and business environment arrangement which are inevitable both to drum up further activities of Kansai companies and to facilitate the investments from Kansai in Java and other areas in Indonesia.